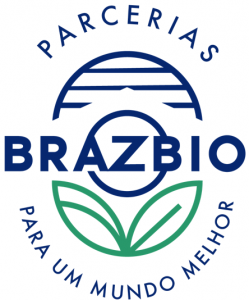 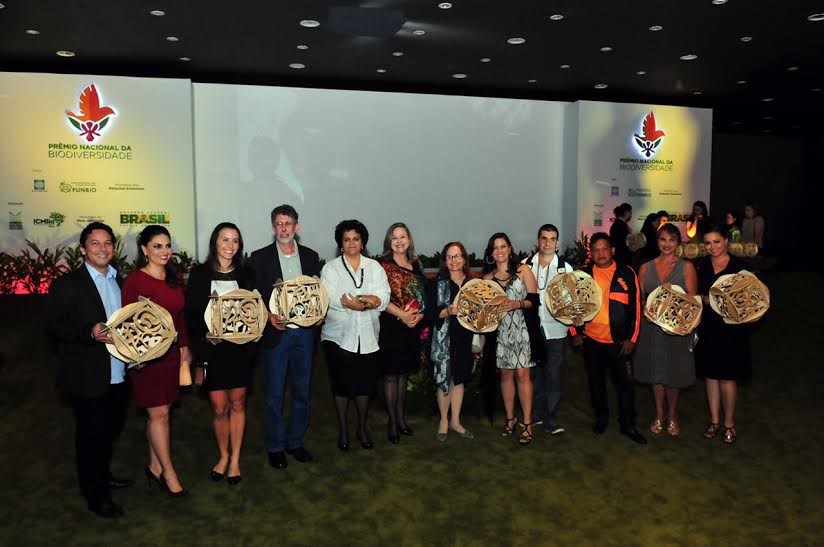 Last Friday (May 22nd), during a ceremony that took place at the Itamaraty Palace in Brasilia, Centroflora Group received the 1st National Biodiversity Award in recognition of the Jaborandi Valorization Project. Carried out by the Ministry of Environment, the award is aimed at acknowledging the merit of initiatives that promote the improvement or maintenance of the conservation status of species from Brazilian biodiversity. The initiative, which started as a partnership between Centroflora Group, Floravida Institute, Boehringer Ingelheim and GIZ won first place in the “companies” category, which is one out of the six contemplated by the prize. Of a total of 888 initiatives registered, 18 were selected as finalists by the experts of the judging committee. Among the authorities present at the award ceremony were the Minister of Environment, Izabella Teixeira and the Minister of Exterior Relations, Mauro Vieira.

The trophy received is a sculpture, which symbolizes the cell of a living being, idealized by the Brazilian artist Darlan Rosa. Representations of species from the Brazilian fauna and flora were carved on each side, referring to the conservation idea.

The Jaborandi Valorization Program was created in 2009 aimed at carrying out actions for conservation of biodiversity and fostering income generation in Jaborandi communities in the North and Northeast of Brazil, supporting collectors in management, production, sustainable commercialization of the species and in strengthening their cooperatives and associations.

Throughout its seven years of existence, the Program has been widely acknowledged for the work carried out and results achieved, highlighting the recognition as Social Technology by the Banco do Brasil Foundation and as success case in the series “Business and the Sustainable Use of Biodiversity” by the National Confederation of Industry (CNI).  The program was also the subject of publication of the Ministry of Environment on Good Practices in Family Agriculture.

Centroflora Group values socio-environmental responsibility and seeks to foster production chains, especially through the Partnerships for a Better World Program, created in 2002 with the aim of integrating the production chain in socio-productive models based on principles of sustainability and ethical use of biodiversity. The company is a trading member of the Union for Ethical Biotrade (UEBT), an association that promotes the “sourcing with respect” of ingredients derived from biodiversity.

To learn more about Centroflora and the Jaborandi Valorization Project, please access the links below: